What this means, is that every uniquely identifiable object is considered a “node”.

Posts, Pages, Comments, Terms, Users are all considered nodes. And Nodes can have fields that resolve to concrete data. 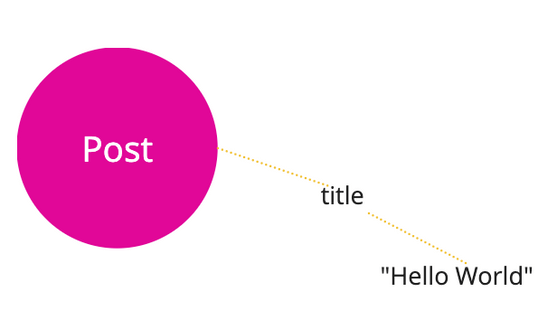 The post might have connections to other Nodes in the Graph. For example, it might have a connection to a Featured Image node and some Category Term nodes. 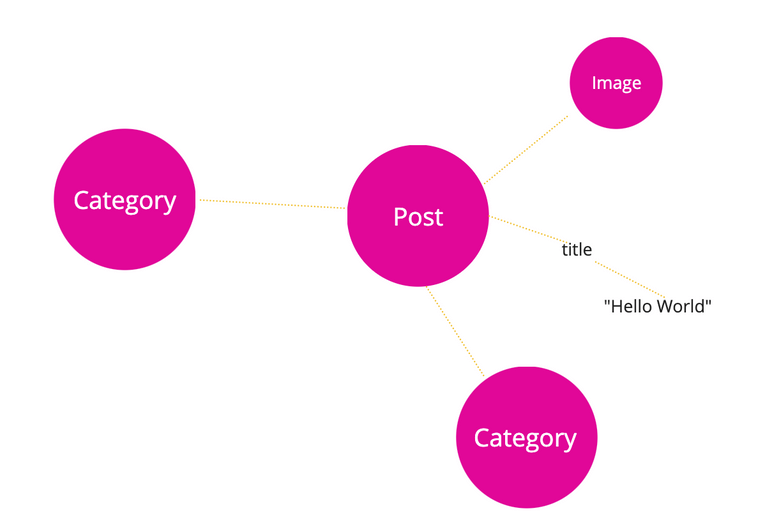 And each Category node might have fields, such as a name. 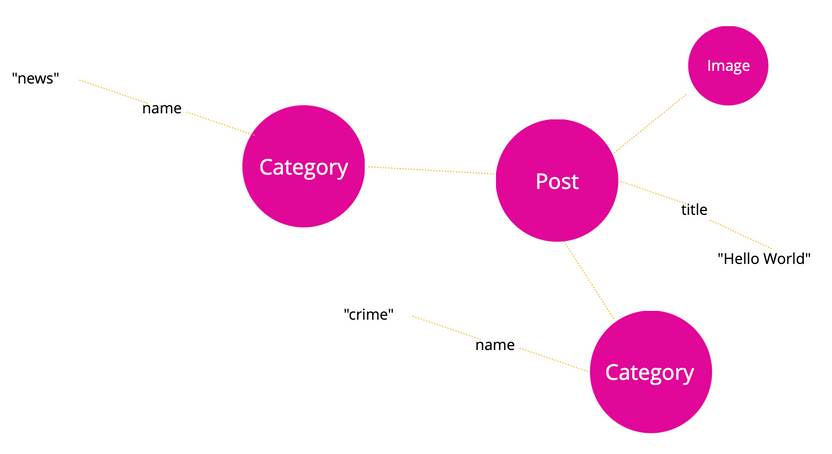 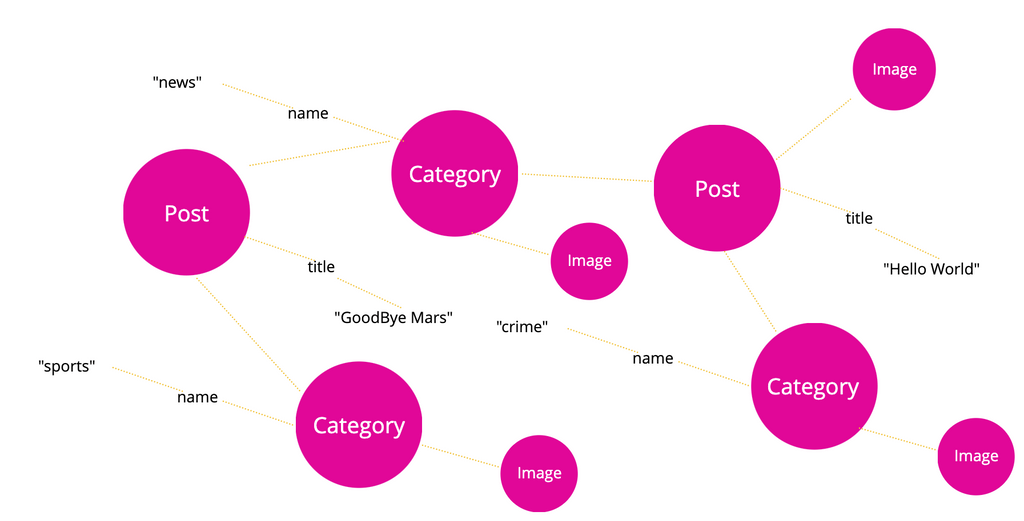 An application data graph doesn’t have a beginning or an end. It has nodes with fields, and WPGraphQL provides entry points to pluck nodes out of the Graph using GraphQL Queries.

Take the following query, for example.

This Query enters the Graph at a specific node, asks for the id and title of that node, and the categories associated with it and their name.

Which, visually represented would look like the following, where the Post is returned, the 2 connected categories, and their names, but the request stops there, as it did not ask to traverse any deeper connections to the categories, or other connections of the Post, such as the connected Image.