This release focuses on adjusting how Nodes are resolved to prevent errors in cases where the nodes are determined to be considered private and non-viewable by the requesting user. (#1138)

Schema Breaking changes are changes to the shape of the Schema that would require clients interacting with WPGraphQL to update to remain compatible.

Internal Breaking Changes are changes to internals that might require plugins that extend WPGraphQL to change in order to remain compatible.

WPGraphQL makes use of a concept called (Deferred Resolution)[https://github.com/wp-graphql/wp-graphql/pull/722#issue-261315185], to ensure that database queries are executed as efficiently as possible.

WPGraphQL was deferring the resolution of nodes too late, causing errors when Nodes were determined to be private after being loaded.

Take the following query for example :

Looks great! Just what we’d expect (assuming the site had only 2 posts).

Well, let’s say we had a membership plugin installed (or something similar) that used meta to determine whether a Post should be considered private or not. And let’s say that Post 242 was set to private and should not be returned to a public user.

Because of how the Deferred resolution was working (before this release), the Post would have been resolved too late to be stripped out of the results, and would return a null within the list of Post nodes, and would include an error like so:

This behavior is problematic.

First, it throws errors, when there really isn’t an error. Nothing has actually gone wrong. The user is asking for Posts, and GraphQL should be able to return posts without error.

If a Post is private, it shouldn’t be exposed at all. It should be as if it doesn’t even exist in the system. Be returning a null value, we are exposing that something is there behind the scenes.

The correct behavior should be to return a list of Posts, and no errors returned. If a Post is private, it should simply not be included in the list at all.

This release fixes this issue by changing how the Deferred resolution of nodes happens.

Given the query above, resolution used to work like so:

Because of the late resolution of the Node, this was causing the Cannot return null for non-nullable field Post.id error. There’s no way to strip a private node out of the list of returned nodes if we’re resolving nodes at the last possible tree in the Graph.

This pull request changes the behavior to resolve the nodes earlier.

Given the query above, resolution now works like so:

To accomplish this, some changes to the ConnectionResolver classes were made.

Now, Nodes are resolved a step earlier, and the resolved nodes are now passed from the Connection down to Edges/Nodes.

Edges/Nodes now have the full nodes as context in their resolvers, instead of just an ID.

This can be HUGE when needing to add edge data to connections, where before an entity ID was the only context provided, and that can be too little information to be useful.

You can read more about a concrete case where the functionality was problematic, and how this release fixes it here: https://github.com/wp-graphql/wp-graphql/issues/1138#issuecomment-580269285

Changes to the Abstract Connection Resolver

Below is a list of changes the AbstractConnectionResolver Class. If your Plugin extends this class, the below information should help with upgrading. 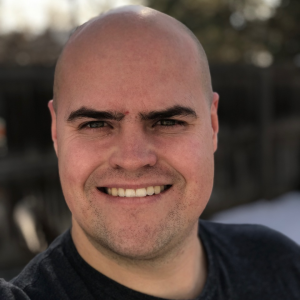 I'm a Denver, CO based software engineer at Gatsby. I love WordPress and open source software. I am the creator and maintainer of WPGraphQL, a free, open-source WordPress plugin that provides an extendable GraphQL schema and API for any WordPress site.
All Posts »
PrevPreviousRegistering GraphQL Fields with Arguments
NextForward and Backward Pagination with WPGraphQLNext